The team stands out for its diversity, and its emphasis on climate change and labour rights 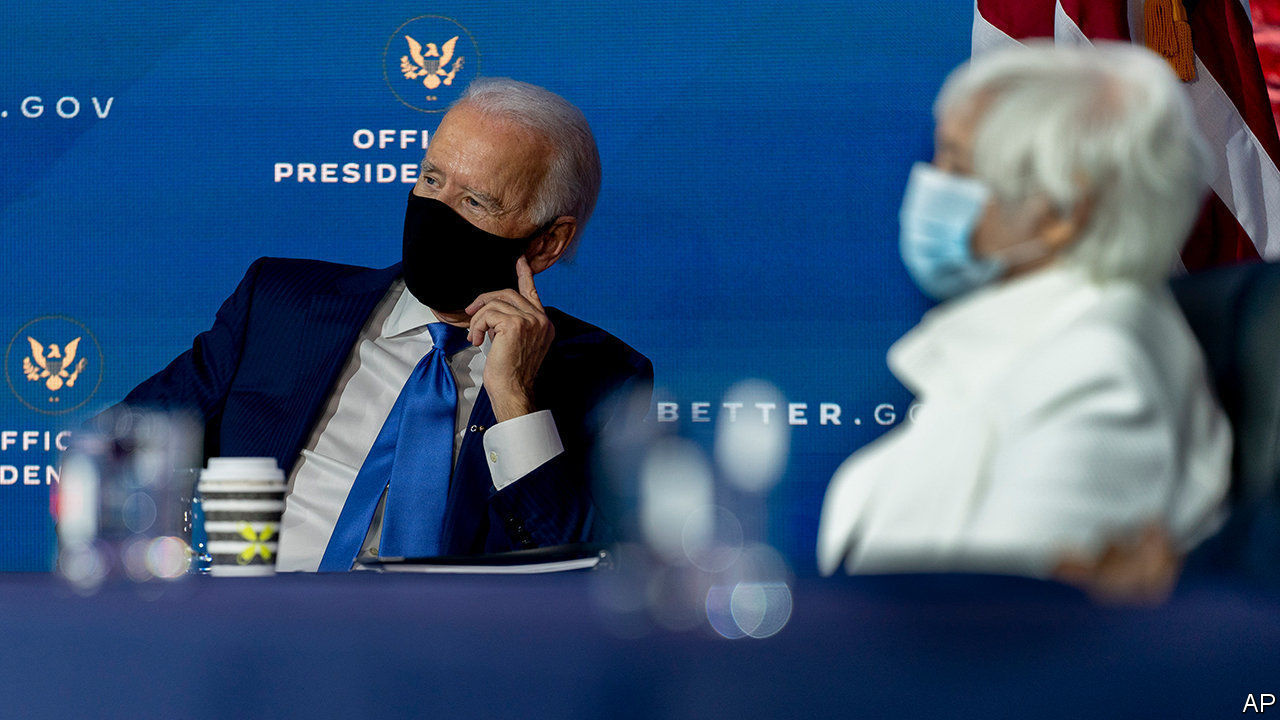 JOE BIDEN'S record as president may well hinge on his response to America's economic woes. On December 1st the president-elect launched his effort to right the economy, when he formally unveiled his choices for top policy jobs. His economic team stands out for its diversity, its interest in climate change, and its emphasis on the welfare of working people, sending a clear signal of Mr Biden's priorities. Its overriding challenge, though, will be to repair an economy battered by covid-19.

Many of the names on the slate are familiar. If confirmed by the Senate, Janet Yellen will become America's first female treasury secretary. She is assembling one of the more impressive public-service careers in the economics profession, having led the Council of Economic Advisers (CEA) during the Clinton administration, and the Federal Reserve from 2014 to 2018.