The frenzied rise of GameStop | The Economist

The frenzied rise of GameStop 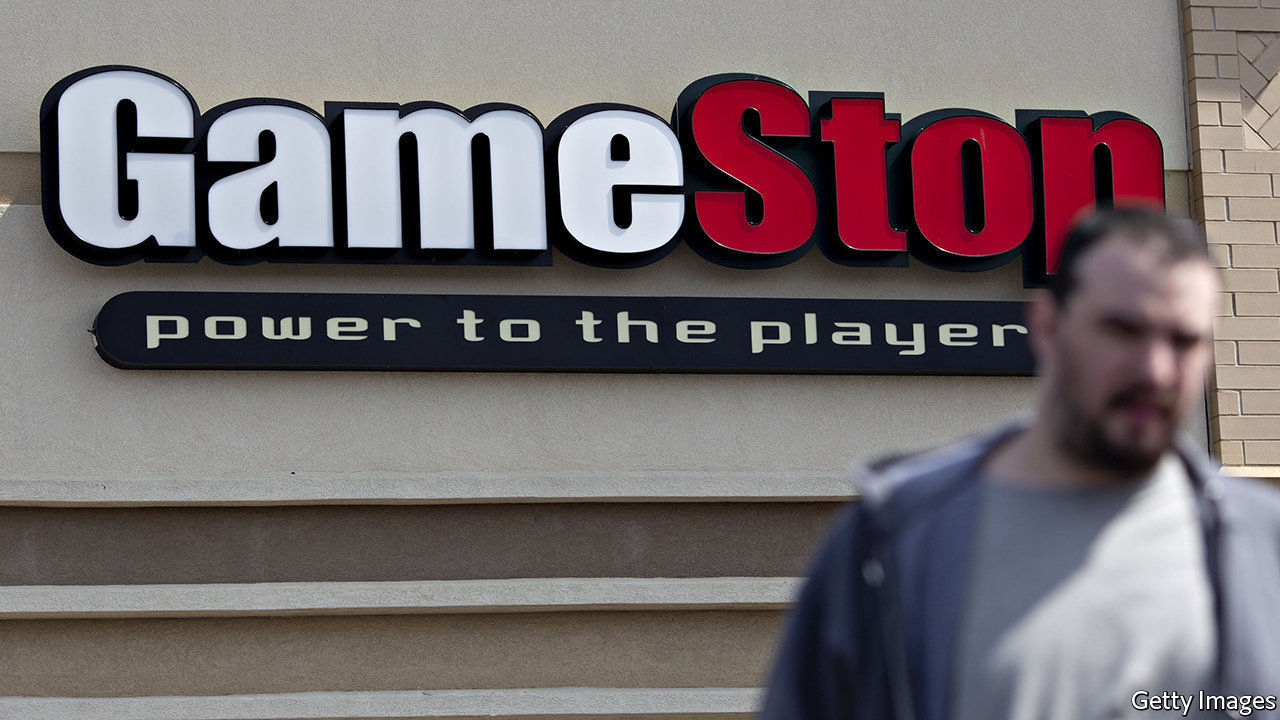 A WEEK AGO few people had probably heard of GameStop, the beleaguered brick-and-mortar purveyor of video games. Millennials might recall visiting a store in their youth; their parents, perhaps, taking them. None can claim ignorance now. The firm's share price has spiked from a few dollars in 2020 to a peak of more than $350 on January 27th, transforming a firm that was valued at less than $200m in April 2020 into a $24bn middleweight. This meteoric rise has been chronicled on every front page, pored over on financial television and even discussed in the halls of power. Jerome Powell, the chairman of the Federal Reserve, was peppered with questions about the firm's dizzying ascent at a press conference. Jen Psaki, the White House press secretary, said that Janet Yellen, the treasury secretary, was keeping a close watch on events.

Why such a fuss? Perhaps because the story itself is staggering. There is a tiny nugget of sense in GameStop being worth more now than it was last year. In August Ryan Cohen, the former boss of Chewy, an online pet-food store, began amassing a large stake. In November he turned activist, writing to the board to urge it to invest in e-commerce. The board liked his plan and offered him and his former colleagues seats. Investors liked it too. By January 11th, his first day as board member, the 12.9% stake that he had paid about $76m for had doubled in value.