How the GameStop saga threatens Robinhood | The Economist

Publications: The Economist
Posted on: February 1, 2021

How the GameStop saga threatens Robinhood

The platform's users are furious, and regulators and lawmakers are on its case 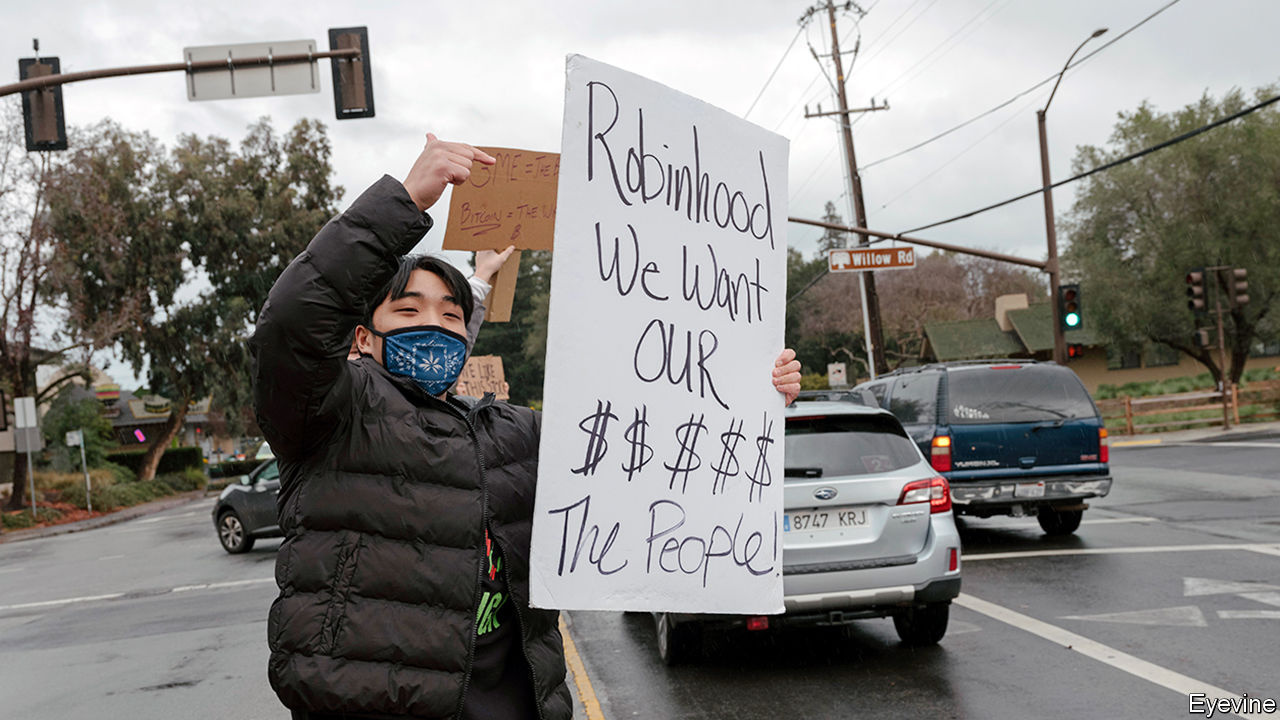 FROM THE kerb it does not look like much. The low-slung terracotta building is a far cry from the futuristic spaceship-style campuses favoured by tech firms down the road in Palo Alto, or the gleaming skyscrapers that house most powerful financial institutions in New York. The insides of the headquarters in Menlo Park, California, of Robinhood, an online stockbroker, are understated and elegant, as befits the mid-century former home of the books section of Sunset, a glossy west-coast lifestyle magazine.

It was outside this unassuming faÃ§ade that a knot of protesters gathered on January 28th, after Robinhood suspended trading in shares of GameStop, a struggling brick-and-mortar seller of video games, and a host of other firms for the day. The price of GameStop's shares had soared from around $20 on January 12th to a peak of $469 during that day, a rally seemingly driven by users of r/wallstreetbets, a forum on Reddit where retail investors discuss risky short-term stock bets. (The subreddit had just 2m followers at the start of January; it has now amassed more than 6m.) GameStop stock was unloved by institutional investors who had sold short (borrowed and sold shares, hoping that the price would fall and they could buy them back more cheaply, pocketing the difference) on an enormous scale: short positions were worth 130% of the company's market capitalisation on January 15th.