How WallStreetBets works | The Economist

Publications: The Economist
Posted on: February 6, 2021

The subreddit has already become a subject of study 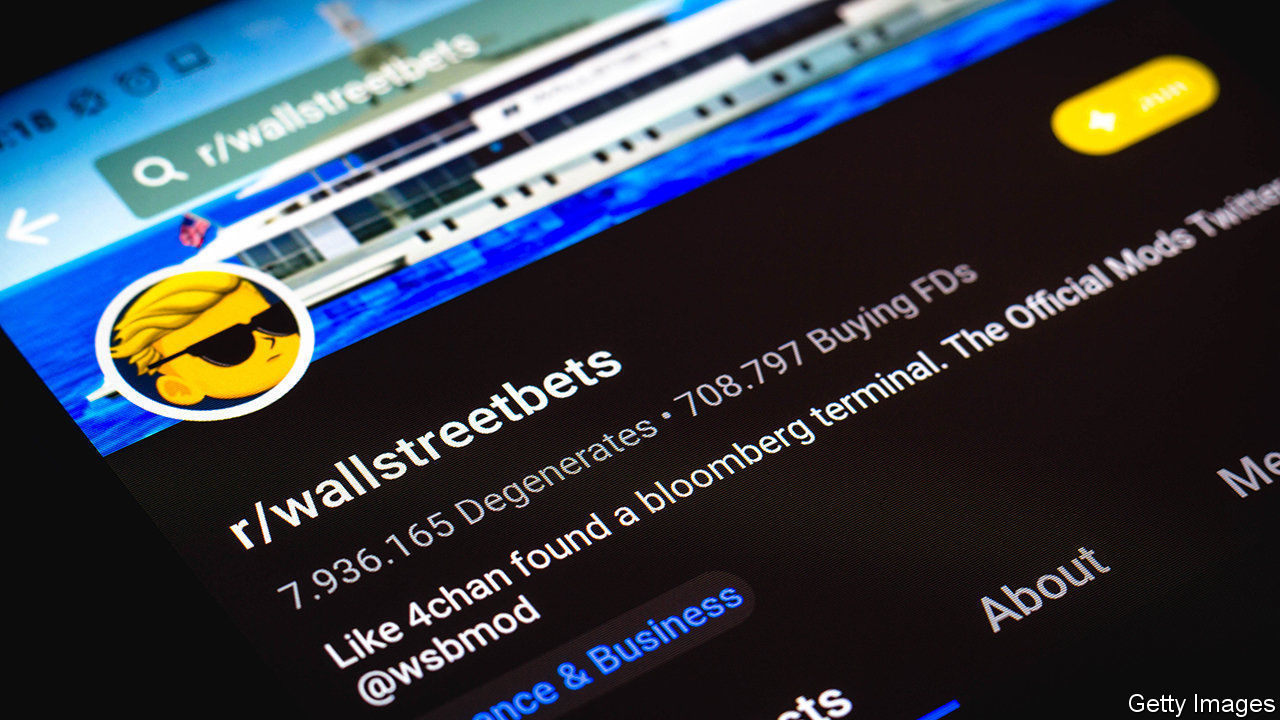 â€œLIKE 4CHAN found a Bloomberg terminal.â€ This is how WallStreetBets, a forum with 8.5m followers on Reddit, a social-media site, describes itself. 4chan is an older site with a looser moderation policy that results in discussions ranging from the hilarious to the illegal. Bloomberg terminals are expensive computers used by professional traders to access financial data. The self-description is accurate. The worlds of online discourse and finance have collided in spectacular fashion over the past two weeks, dominating headlines and swinging members' fortunes up and down.

The forum has already become a subject of study. A paper published on January 28th by sociologists at the Georgia Institute of Technology concludes that, despite appearing chaotic and offensive to outside observers, to its members WallStreetBets represents a real and valuable online community.