Might the pandemic pave the way for a universal basic income? | The Economist

Publications: The Economist
Posted on: March 2, 2021

Might the pandemic pave the way for a universal basic income?

A true UBI seems far off. But more experimentation is likely 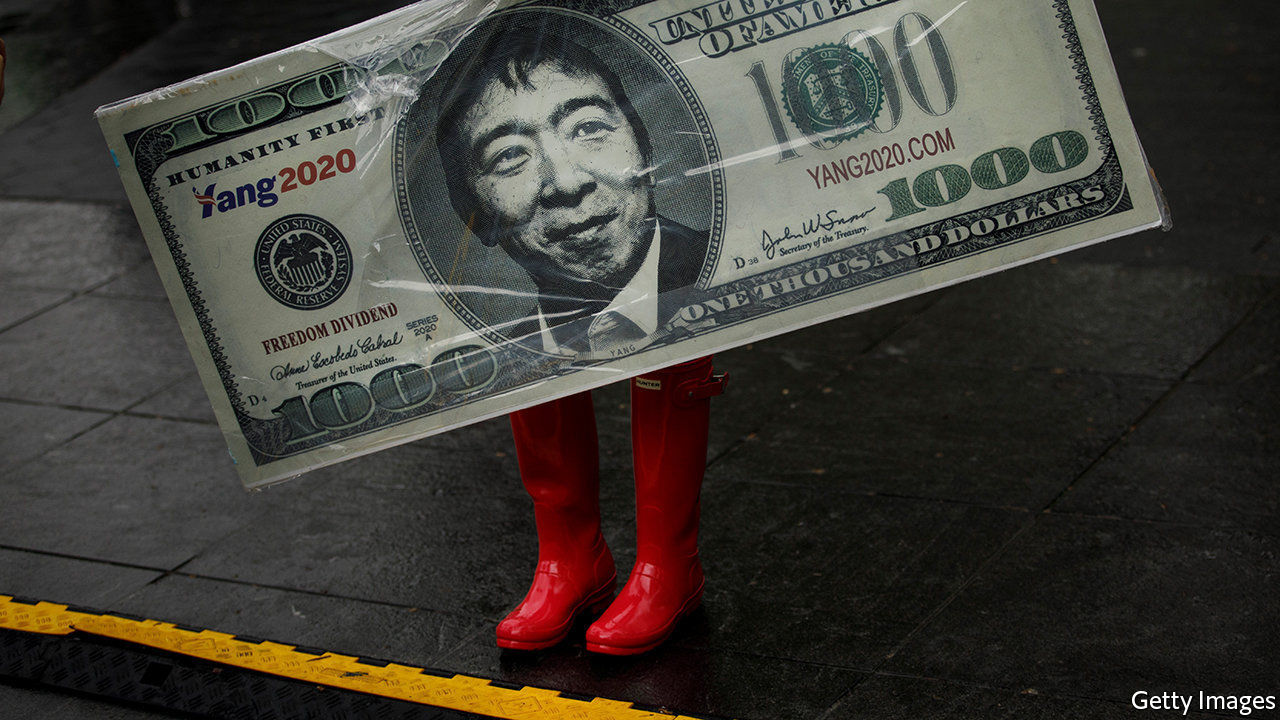 WHEN ANDREW YANG began his campaign for the Democratic presidential nomination, his proposal for a â€œFreedom Dividendâ€-monthly cash payments of $1,000 to be paid to all Americans-distinguished him among a crowded field as an outsider and an unorthodox thinker. Nearly two years later, as Mr Yang leads the race for mayor of New York City, his plan to provide cash to half a million New Yorkers feels far less radical, and not just because it is much more modest than his idea for a national universal basic income (UBI).

Though UBI still meets with scepticism in many quarters, the experience of the pandemic, and the accompanying explosion in social spending, have changed the tone of discussions about radical reforms to welfare states (see article). Cash transfers-like those deployed by many governments during the pandemic-have come to look like an efficient, effective way to meet any number of social needs. Few schemes during the pandemic offered recurring payments to all. Yet, though the age of the UBI has not dawned, the ordeal of covid-19 could have brought it closer.