The perils of asking central banks to do too much

Dealing with inequality and climate change is best left to politicians 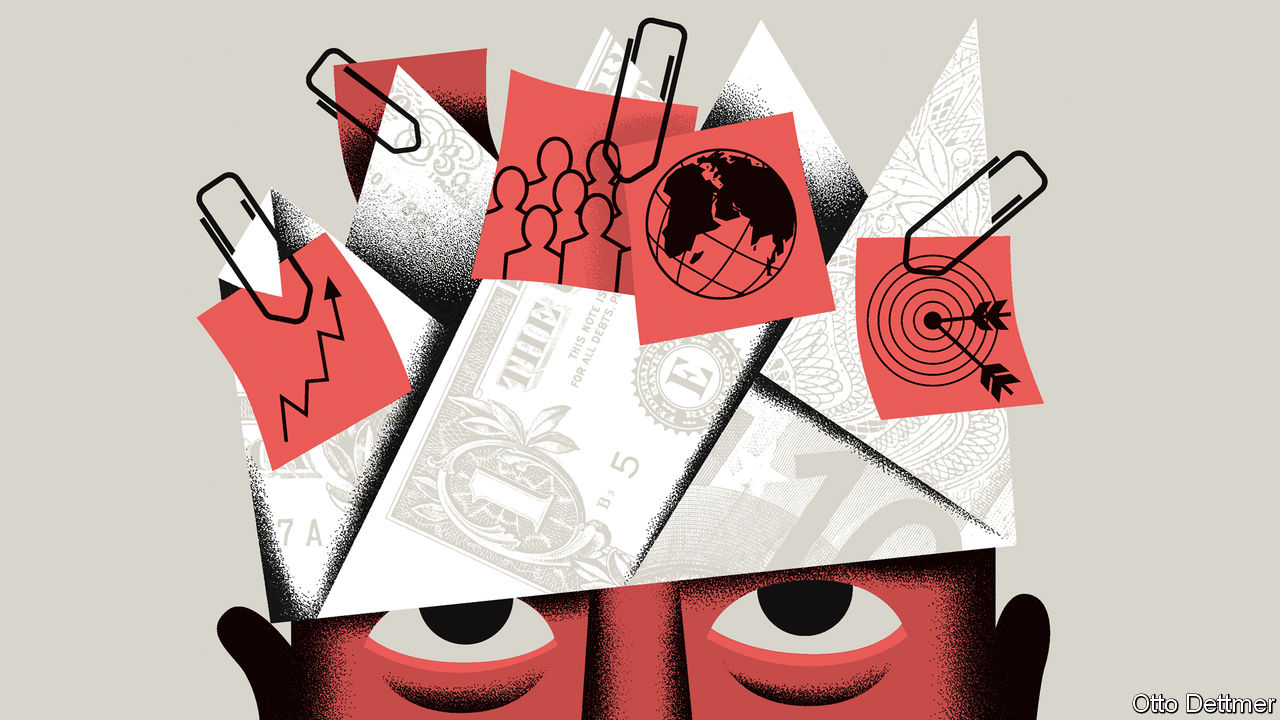 THE PARLIAMENTARY act that chartered the Bank of England in 1694 begins by describing the motivation of its authors, â€œto promote the publick Good and Benefit of our Peopleâ€. Ideas about how best the bank can serve the publick have changed a bit over the centuries, from managing the market for government debt, to maintaining the value of sterling against gold, to, in recent decades, keeping inflation in the region of 2%. On March 3rd its mandate received another tweak, when Rishi Sunak, the chancellor, declared that it should conduct policy with an eye towards environmental sustainability. The adjustment is just one example of a wider phenomenon, in which central banks are told to accept, or themselves take on, tasks beyond the standard monetary ambit. The mission creep is enabled by a sense that central banks can and should do more, given their firepower and competence compared with some other government officials. But tempting as it is to allow authority to flow to those who use it well, adding to central-bank mandates poses both economic and political risks.

Though central banks have been around for ages, the idea that they should operate at a remove from meddling politicians is a fairly recent one, stemming from the experience of high inflation in the 1960s and 1970s. Economists worried that governments could not commit themselves to keeping inflation low, since they would be tempted to use an unexpected burst of monetary expansion to deliver a short-run jobs boom-even though this would ultimately leave inflation higher, while employment fell back to a more sustainable level. By delegating control over the money supply to central banks, governments freed themselves from temptation, and opened the door to lower inflation and a less volatile business cycle. From the 1970s to the 1990s most rich-world central banks were told to focus on price stability (alongside full employment in some cases, as with the Federal Reserve) and were granted some measure of independence to do the job.