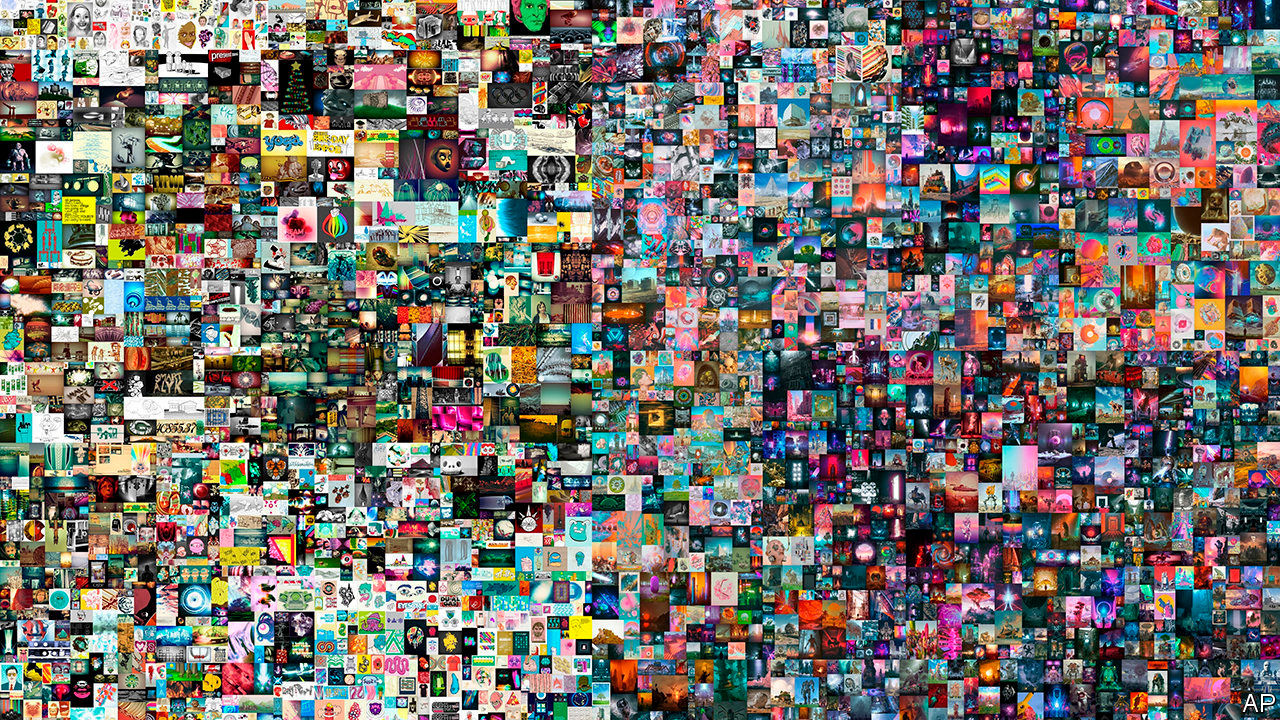 “EQUIVALENT VIII” by Carl Andre was a minimalist sculpture bought by Britain’s Tate Gallery in 1972. The Tate described the work as “a rectangular arrangement of 120 firebricks...altering the viewer’s relationship to the surrounding space”. The public called it a pile of bricks. A few years later newspapers execrated the gallery for having wasted brick-shaped wads of cash on the avant-garde work.

Once again, a famous institution is embracing a controversial new genre. On March 11th Christie’s sold a digital collage of images called “Everydays—The First 5,000 Days” for a cool $69.3m. The sale elevated the work’s creator, Mike Winkelmann, aka Beeple, to the august company of David Hockney and Jeff Koons, the only two living painters to sell at such prices.